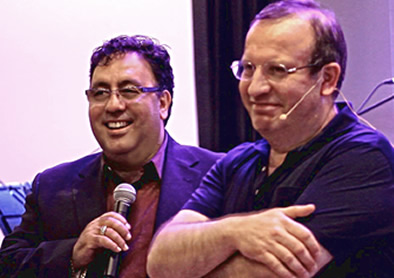 Catholics, Orthodox and Evangelicals held a meeting in Toronto Ontario to continue the dialogue in reconciliation and understanding. The gathering was organized by United In Christ Canada.

The participants included:  Matteo Calisi, president of United in Christ, Bruno Ierullo, president of United In Christ Canada, Fr Timothy Cremeens an Orthodox priest, Fr. Dimitri Sala a Catholic Priest and John Arnott the founding pastor of Catch The Fire, as well as many others.

The meeting in Toronto focused on The Joint Declaration on the Doctrine of Justification and the idea of Reconciled Diversity in the Body of Christ.  Both discussions included a hand out that set the stage for the discussion.

We confess together that persons are justified by faith in the gospel
“apart from works prescribed by the law” (Rom 3:28).
Christ has fulfilled the law and by his death and resurrection has overcome it as the way to salvation. JDDJ (¶ 31)

1. What are your thoughts on a new Joint declaration on faith and mission as it relates to

a) Evangelizing together to reach the world and evangelization (evangelizing in the church)?

c) What does it mean and look like to be saved, born again, and the idea of being converted through a presentation of the gospel.

2. What is the history and idea of Reconciled Diversity

a) Is it relevant today?

b) Is this the way to move forward to fulfill John 17?

The meeting was a great success and a video recording will be released shortly!

The day ended by sharing a meal together at the Ierullo home.