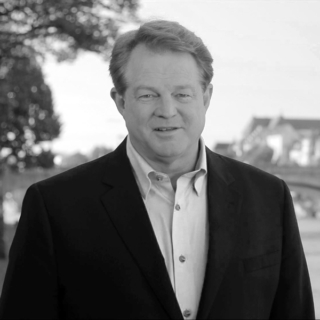 Gordon Robertson was named chief executive officer of CBN on December 1, 2007. Prior to becoming CEO, Gordon was the vice president of CBN International, the executive producer of The 700 Club and a member of CBN’s board of directors.

The son of Pat and Dede Robertson, Gordon graduated from Yale University in 1980 and earned his Juris Doctor degree from Washington and Lee University in 1984. He practiced law in Norfolk, Virginia, for 10 years.

In 1994, Gordon moved to the Philippines and founded CBN Asia. In 1995, he also founded the Asian Center for Missions (ACM), dedicated to training and sending Asian missionaries throughout the world.

Gordon returned to the USA in 1999. He now co-hosts CBN’s original flagship program The 700 Club, and 700 Club Interactive.  Gordon oversees all aspects of programming for the ministry in both television and on the Internet.

Gordon is also the executive producer of the new Superbook, the reimagined Emmy-nominated animation series,  viewed by over 200 million children across 90 countries in 50 languages.*

Gordon and his wife, Katharyn, reside in Virginia with their three children.