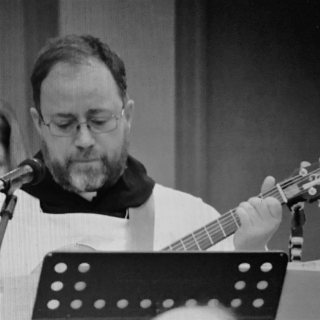 Fr. Anthony G. Ouellette is a priest of the Archdiocese of Kansas City in Kansas, ordained in 2006.  His encounter with the Charismatic Renewal began during his service in the U.S. Navy, 1992-1998, where he served as an Electronics Technician, spending four and a half years of that time overseas in Asia.  His seminary formation began at Conception Seminary College, Conception, Missouri, and finished at the Pontifical North American College in Rome.  Since his ordination, he has served as an associate pastor, a high school chaplain twice, and has been pastor of six different parishes.  His current assignment is as Pastor of Holy Name of Jesus Parish and Chaplain of Bishop Ward High School both of Kansas City, Kansas.  He serves as the archdiocesan Ecclesial Assistant to the Charismatic Renewal and is the current Chairperson of the Association of Diocesan Liaisons to the Charismatic Renewal in the United States and Canada.  Also, he is in religious formation with a new Augustinian community called the Society of St. Augustine.