Scott is a native of Dayton, OH.  He married his high school sweetheart, Linda, while attending Ohio State University.  Upon graduation from OSU in 1970, he entered United Theological Seminary in Dayton, OH after receiving the call to the ministry his senior year at OSU.  In June 1973, he was appointed to Trinity United Methodist Church in Pickerington.  Today the church also uses the name of Trinity Family Life Center, after rebuilding and relocating on a thirty- two acre tract of land across from the original church.

The Kelso’s have three married children and seven grandchildren.  Scott ministers in the areas of teaching, preaching, ministering to pastors and wives, and has a deep passion for evangelism and outreach.  He brings experience in Spirit-filled ministry and desires to show his passion for Jesus. Scott received his Doctorate from United Theological Seminary in May 2015 as part of the Randy Clark Scholars in Supernatural Ministry.

He has a heart for missions and has been on teams to Africa, the Philippines, Mexico and Cuba.  He is a Christian Zionist and works in the city with an Interfaith group of Christians and Jews.

Scott is the steering committee chairman of C-CAM, Capital City Association of Ministers and Churches.  This organization is comprised of over 250 pastors and leaders in the greater Columbus, OH area, whose purpose is to impact and win their city for Jesus Christ.  He is also a previous past president of the board of Aldersgate Renewal Ministries in Goodlettsville, TN and currently serves on the Advisory Council.  He has been elected to Jurisdictional and General Conference of the UM Church several times.

Scott serves as the President of the Charismatic Leaders Fellowship, which is a national group of leaders comprising denominational, non-denominational and Catholic fellowships who meet once a year, by invitation, in a retreat setting.

In 2006, he authored, Ice on Fire, published by Thomas Nelson Publishers. He also has published 2 other titles: “Let’s See What Sticks: Kingdom Living in Chaotic Times”, and “Biblical Eldership: Back to the Future With Spirit Filled Leadership in the 21st Century, all available on Amazon. 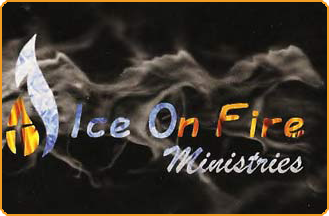