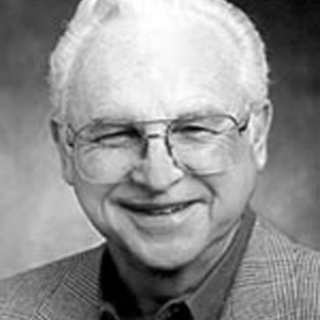 Born in New Orleans in 1937, Brother Charles grew up as the son of a Baptist pastor in the bayous of Louisiana, and then later in southern Alabama. He responded to God’s call into ministry in 1955 at the age of eighteen, and two years later, he became the Pastor of a small Baptist church in Mobile, Alabama. Brother Charles completed his Bachelor’s Degree at William Carey College, Hattiesburg, Mississippi, in 1959, and attended New Orleans Baptist Theological Seminary.

In 1964, he experienced a profound personal spiritual renewal and began traveling and teaching in churches worldwide. He became widely recognized as a pioneer in the modern Charismatic Renewal Movement. Charles Simpson became part of the inaugural issue of New Wine Magazine, an international publication dedicated to Christian Growth, in 1969. During the next seventeen years, Charles wrote and served alongside other notable Bible teachers on the board of New Wine, including Don Basham, Ern Baxter, Bob Mumford and Derek Prince.

Brother Charles and a team of pastors founded Covenant Church of Mobile in 1973, based on organic home cell-groups centered on making disciples of Jesus Christ and extending Christ’s Kingdom around the world.

Charles Simpson is the author of numerous books, including Courageous Living, The Challenge to Care, Ants, Vines and Churches, and Straight Answers to 21 Honest Questions about Prayer. He served as the Senior Editor of The Covenant and the Kingdom Bible study curriculum and contributed commentary for the Spirit-Filled Life Bible. Brother Charles received his honorary doctorate from the American Center for Theological Studies in 1998.

Today, he serves as a spiritual father to many pastors and as a consultant to churches and businesses, traveling and ministering globally. He is the Editor-in-Chief of One-to-One™ magazine, and is a featured writer in every issue. Under the banner of CSM Publishing, One-to-One and its related website, audio, video, books, and monthly Pastoral Letters reach around the world.

Charles resides in Mobile, Alabama. His wife of 47 years, Carolyn, went home to be with the Lord in 2008. Charles has three adult children and nine grandchildren.