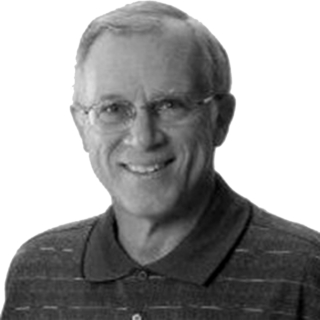 John is a former pastor and church-planter, of more than twenty years, the author/editor of eleven books, and the author of hundreds of magazine, journal, and Web based articles. Besides this ministry of writing Dr. Armstrong serves as an adjunct professor of evangelism at Wheaton College Graduate School, teaches in various seminaries and colleges as a guest lecturer, and is a seminar and conference speaker in the United States and abroad. He is the founder and president of ACT 3, based in Carol Stream, Illinois. John and Anita, his wife of thirty-eight years, have two adult married children. Their son Matthew is engaged in a ministry of evangelism and discipleship and is a church planter, while their daughter Stacy is an administrative assistant for ACT 3. John and Anita have two granddaughters, Gracie and Abbie.

John was born in Lebanon, Tennessee (March 1, 1949). He is the youngest of two sons of the late Dr. Thomas H. and Marie F. Armstrong. John’s dad was a dentist and the editor of the Tennessee State Dental Journal. He also served on the faculty of the University of Tennessee Dental School in Memphis for nearly fifteen years. John’s brother is a family physician in Huntsville, Alabama. He attended Castle Heights Military Academy in Lebanon, Tennessee, where he was an ROTC cadet officer and graduated cum honore in 1967. He attended the University of Alabama from 1967-1969, studying journalism and history. In 1969 he transferred to Wheaton College, were he received the B. A. in history (1971) and the M. A. in theology and missions (1973). He did further study at Trinity Evangelical Divinity School, Deerfield, Illinois, and Northern Baptist Seminary, Lombard, Illinois. He earned the D. Min degree (1979) at Luther Rice Seminary, Atlanta, Georgia.

John is the author of Five Great Evangelists (Christian Focus Publications, 1997), The Catholic Mystery (Harvest House, 1999), True Revival: What Happens When God’s Spirit Moves (Harvest House, 2000), and The Stain That Stays: The Church’s Response to the Sexual Misconduct of It’s Leaders (Christian Focus, 2000). He is the general editor of Roman Catholicism: Evangelical Protestants Analyze What Unites and Divides Us (Moody Press, 1994), The Coming Evangelical Crisis (Moody Press, 1996), Reforming Pastoral Ministry (Crossway, 2001), and The Glory of Christ (Crossway, 2002), Understanding Four Views on Baptism (Zondervan, 2007) and Understanding Four Views on the Lord’s Supper (Zondervan, 2007) He has contributed single chapters, theological and historical introductions, and forewords to a dozen or more volumes, and has been published in Christianity Today, Christian History and similar popular Christian periodicals.